Gender Identity and You

Home > Resources for Patients > Gender Identity and You 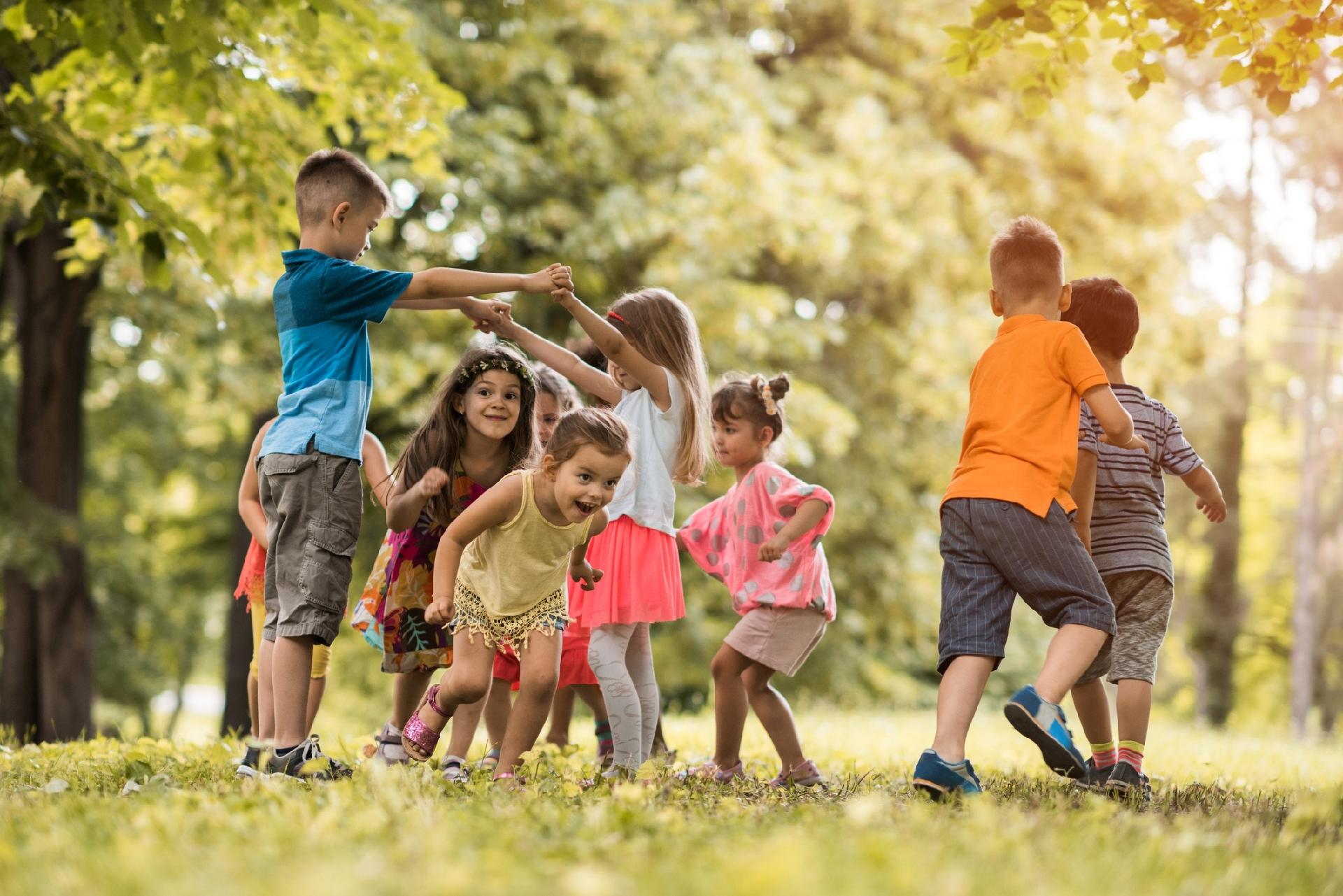 Questions about gender, sexual identity and attraction are pretty common from young people.  Conversations about gender identity and transgender are becoming more common and are opening up a dialogue that has been a long time coming.  This section is designed to give you an overview and hopefully help demystify this topic.

What is Gender Identity?

Gender Identity is the gender you identify as, which may not be the same as the chromosome set that you have.  Sexual identity is who you feel sexually attracted to, which could be the opposite sex, the same sex, or other.

The organisation that helps health practitioners to assist those with transgender health questions and their treatment pathway is called WPATH.

How To Describe Gender Identity

There are a lot of terms used to describe Gender Identity. The ones listed below are the more common ones and the list is from the WPATH website.  As we move forward in understanding gender and identity, these terms will change so please note this list as one that may alter year by year.

Refers to a person’s initial assignment as male or female at birth. It is based on the child’s genitalia and other visible physical sex characteristics.

Refers to physical features or behaviours that are not typical of individuals of the same assigned gender in a given society.

Refers to behaviours that are not typical of individuals with the same assigned gender in a given society.

Denotes an official (and usually legal) change of gender.

A category of social identity and refers to an individual’s identification as male, female or, occasionally, some category other than male or female. It is one’s deeply held core sense of being male, female, some of both or neither, and does not always correspond to biological sex.

As a general descriptive term, refers to an individual’s discontent with the assigned gender. It is more specifically defined when used as a diagnosis.

Refers to the broad spectrum of individuals who transiently or persistently identify with a gender different from their gender at birth. (Note: the term transgendered is not generally used.)

Refers to an individual who seeks, or has undergone, a social transition from male to female or female to male. In many, but not all, cases this also involves a physical transition through cross-sex hormone treatment and genital surgery (sex reassignment surgery).

‘Without gender’ – individuals identifying as having no gender identity.

Describes individuals whose gender identity or expression aligns with the sex assigned to them at birth.

Conveys a wider, more flexible range of gender identity and/or expression than typically associated with the binary gender system.

The manner in which a person communicates about gender to others through external means such as clothing, appearance, or mannerisms. This communication may be conscious or subconscious and may or may not reflect their gender identity or sexual orientation.

Some transgender and gender-nonconforming people may prefer gender-neutral or gender-inclusive pronouns when talking to or about them. “They” and “their” are sometimes used as gender-neutral singular pronouns. Singular gender-neutral pronouns also include “ze” (or “zie”) and “hir.”

What Is Gender Dysphoria?

The below section is taken from this resource.

People with gender dysphoria may often experience significant distress and/or problems functioning associated with this conflict between the way they feel and think of themselves (referred to as experienced or expressed gender) and their physical or assigned gender.

While some children express feelings and behaviors relating to gender dysphoria at 4 years old or younger, many may not express feelings and behaviors until puberty or much later. For some children, when they experience puberty, they suddenly find themselves unable to identify with their own body. Some adolescents become unable to shower or wear a bathing suit and/or undertake self-harm behaviors.

The Standards of care for children and adolescnts with gender dysphoria, considering transitioning to aother gender or who identify as trasngedner are located in the docment below – this is a worldwide document.

Adolescents are more likely to have anxiety, depression and other mental health disorders if they have gender dysphoria and it is important to support the adolescent.

So what is important about all of this?

It is important for all of us to feel good in the body that we have, and to be comfortable to express our sexual identity and orientation in the way that fits for us and our partners.

Not all of us have a sexual identity that matches the one that our genes determine for us.  Some people who identify as transgender decide to transition to their affirmed gender.  Those who transition from a male to female and female to male – have the option of choosing this when they are younger by postponing puberty and using medication that blocks the effects of the sex hormones on the body, and hence delaying puberty.

This decision is made with professionals such as the patient/parents – if the person is under consenting age; an endocrinologist who is the person who would determine if you are able to have this medication as well as the mental health based therapist, such as a psychiatrist or psychologist who will continue to help you with your ongoing mental health, explore areas of gender identity that may come up and to assist with the decisions that can be made after 16.  If you cease these puberty-blocking agents, then your body will move through puberty and the hormones that your body would make – oestrogen is you are a natal female and testosterone if you are a natal male – in particular will take effect.

At 16 and over in Australia you can now make the decision to have treatment with hormones so that you can physically transition to your affirmed gender.  This process requires all of the above people, and in particular consideration of the non-reversible step that this is. As with any medication there are important considerations to be made around taking lifelong hormone treatments, and they need to be carefully considered. A number of transgender will live as their affirmed gender for a year prior to their hormone-based treatments.

These two steps of treatment are often referred to as Phase 1 and Phase 2 treatment.

It is important that these are monitored, and that the young person is supported through these decisions and treatments.  Taking hormones or seeking surgery without a strong support behind you is a very risky thing to do.

Some people will also decide to have surgical changes to their body to further appear as their affirmed gender.  These are highly specialised surgeries and are performed by a small group of specialty surgeons.  At this stage they are not completed for those under 16 years of age.

The team at HNE Kids Health have created some helpful resources, click here to access them.
You will be able to download a printable letter to fill out and take to GP appointments to guide discussion and future plans, find information sheets for parents, children and young adults, and watch videos about the transitioning process.

Parents of Gender Diverse Children – this is a great Australian based site for parents of gender diverse kids.

The Rainbow Owl – this is a resource collection for kids, parents, professionals and families of gender diverse kids.

Click the link below to view our resources for patients

Keep up to date with news, educational content and announcements

Now that the borders are open and Covid19 planning has changed we are also changing to lower your and our risk of catching Covid19.

SA Health has released a matrix to use if exposed to COVID in a health setting. If we are F2F for over 15 minutes and not wearing at least an N95 mask for the whole appointment – you and we need to quarantine for 7 days. To lower the risk to our patients of illness and time spent in quarantine we are therefore:

– Lessening the number of people in our practice, Dr Turner will only be doing Telehealth to assist in this, and we ask those attending for other clinicians to come alone or with one adult;

– We will have everyone stay in their car until their appointment time, then come to the back door to enter. We will not be using our waiting room;

– All bills will be invoiced and sent to you so you don’t need to stand at the front desk;

– You are welcome to ask for your appointment to be by Telehealth at any time.

We really want to stay open, offer health care, and be as safe as we can – and we really hope to go back to our regular face to face work using the whole practice space, as soon as we can, and as soon as SA Health give that guidance.